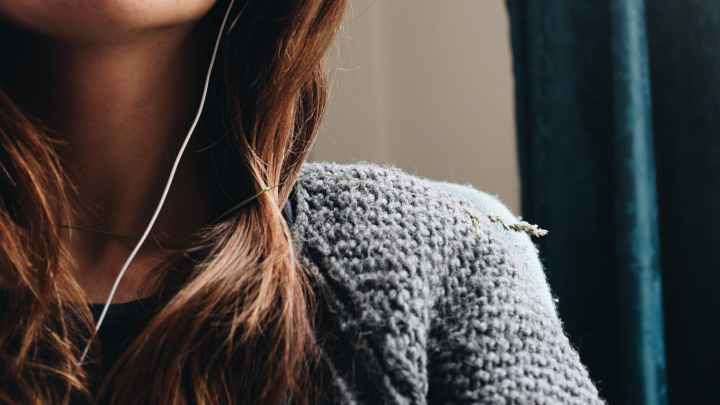 It all started over a decade ago, I was a fresh graduate out of hair school, had landed a job at an amazing hair salon in downtown Vancouver and was building a clientele at lightening speed when I volunteered to be a hair model for a charity one of my former instructors was putting on.  The man had a slight obsession with Bettie page, and decided I would be a perfect candidate for a Bettie page transformation.

My boob length auburn hair was chopped into an iconic pin up coif and dyed a deep rich (almost black) brown.  To be honest I was initially thrilled with the transformation, I did look a bit like BP.  I was edgier, more mysterious and admittedly looked a little more bad ass.  I was rocking the new look with confidence, that was until I saw my head under some unforgiving bathroom lighting and literally gasped in shock.  Was that scalp I saw shining through?  That is not bad ass at all.

I began to obsess, staring at peoples heads creepily and asking everyone I knew if it looked like I was balding.  You do look a little more scalp-y my friend at the salon admitted, but it is probably just the contrast of your white skin to the dark hair that makes it seem that way.

However, as the months progressed it became apparent that something was in fact going on with my once overly abundant hair.  Whenever I would shower I would emerge with so much hair attached to my body I felt like Chewbacca.  Every time I ran my hands through my hair, strands would shake loose, my clothes were constantly covered. It took four wraps to secure my ponytail that once took only two

Upon the advice of a dermatologist I spent one day collecting every single hair I lost and counted them all.  Three hundred and forty seven.  ‘That does seem a little high,’ he told me ‘but based on the pattern of your hair loss I think its safe to assume you have hereditary baldness and there is not much you can do about it aside from using rogaine for the rest of your life, oh and it might make you grow a beard.’

Ladies if there is one thing I have learned on my journey to health it is that it is NOT NORMAL to lose three hundred and forty seven hairs a day, regardless of what your doctor tells you.  It is also NOT NORMAL for hereditary baldness to appear in a 19 year old female ( or any pre-menopausal female) with little family history of hair loss.  (Oh your grandpa on your dads side developed a bald spot in his 60’s you have probably just inherited his genes) NOPE.

So losing half my hair, out of the many possible symptoms of PCOS, was the first one that alerted me something was amiss.  Soon after noticing the loss I gained a mysterious thirty pounds.  I went from a tight 110 pound frame to a very pear shaped 140 pounder.  I’m 5’5 so while I was able to carry the gain without being technically overweight, it changed my appearance drastically,  and it made me feel sad. When peach fuzz and acne began to spread around my jawline, I felt sadder still.  No matter how many calories I cut or how much I worked out I was stuck.  It was like my body wasn’t mine anymore, like my life was some sort of freaky Friday and I had switched places not with Chris Brown, but with a frumpy older woman who had let herself go.  I didn’t have the health, energy and beauty that a woman of twenty would expect to have.

All of the changes to my appearance affected my life in other ways too.  I developed severe social anxiety and began declining invitations for parties and events, other than a couple of friends and my supportive boyfriend I felt very isolated and lonely.

I would stay up late googling my symptoms like it was my job.  They all led back to one common road, autoimmune disease, and most specifically PCOS, or polycystic ovarian syndrome. Despite desperately bouncing from doc to doc begging for answers I received no diagnosis.  ‘You are the picture of health, eat less, move more, use rogaine, get a skin peel, get laser hair removal, get on Accutane, get on birth control etc.’ All band aid solutions for a much deeper problem.

At my very wits I decided to self diagnose and acting as if I did in fact have PCOS, I reduced my carb intake and focused on eating foods to keep my insulin levels steady.  I also started doing mini green juice fasts and learning about beneficial supplements to help balance my hormones, I introduced maca powder into my daily green smoothies and began to slowly feel better.  My skin cleared up, my hair shedding lessened, and my stubborn weight finally dropped to 115 pounds.

Slowly I was getting my life back, looking and feeling like my old self again and then BAM, I got knocked up.

Another common symptom of pcos is infertility so being with a committed partner, I was admittedly a little lax with birth control but as I improved my health, my fertility had unknowingly improved as well.  For many women with PCOS this would be a joyous occasion but to be fully honest, at just 22, I was scared s**tless.

Nonetheless, I rose to the occasion, became a health conscious, sober, non smoking, caffeine free, supplement taking woman.  My hair grew back to 90% of what it used to be, my skin glowed, and by the time I delivered I was sitting pretty at 150 pounds, just 10 pounds heavier than I had been at my highest non- pregnant weight.  I birthed my 9 pound son after an excruciatingly painful but short labour at home surrounded by midwives candles and spa music.  I was on top of the world, but life, as it often does, still had a few tricks up its sleeve.

When, (through what I’m pretty sure was immaculate conception because I had sex once and used the morning after pill) I got pregnant three months after my first was born, I was scared even more s**tless.  I hadn’t yet hit my mid 20’s and was going to have two kids under two. I cried, I prayed and I soldiered on, though now with a little less gusto. I admittedly bought cheaper prenatals, and consumed the occasional (ok, pretty much daily) coffee. Please don’t judge, I had a newborn and was still basically a kid myself.  Life had run up on me fast with a flying kick to the head and I was pretty much in a daze trying to navigate this new world of motherhood and responsibility.

Being a mom was wonderful in the beginning.  In fact, looking back I wish I would have stopped to smell the flowers (fuzzy little baby heads) a little bit more.  But in all honesty, I was depleted, I was sleep deprived, I was stressed and pretty soon all of those issues caught up with me in a big way.

Over the next few years my health again began to trend downwards, my hair loss picked back up and ended up worse than where I first started, my body became so pear shaped I would have to alter all my pants to fit in both my hips and my waist or succumb to a life of yoga pants.  My acne returned with such a vengeance that I literally no-showed a good friends bridal shower out of pure anxiety about my appearance.  I was a literal mess.

Finally, I broke down in a doctors office sobbing.  ‘Something is wrong but no one will listen’.  The doctor, clearly uncomfortable with human emotion quickly ushered me out of his office with a referral for an ultrasound revealing… (drumroll) a dirty smattering of cysts all over both my baby makers.  So that was it.  I had cysts with the symptoms and finally got the diagnosis I had already known was coming.

If you’re searching for your diagnosis, its worth noting certain elevated markers of blood work that can indicate PCOS without actually having cysts, this can make it super hard for some woman to get diagnosed as many docs still consider ultra sound the gold standard for diagnosis.   Apparently, my long list of symptoms alone was not enough for a diagnosis so you’ve got to push for that ultrasound, and if that comes up clean push for more bloodwork! (just keep on pushing) Finally, if your bloodwork and ultrasound come back normal but you are still having symptoms have your doctor look into Hashimotos thyroiditis as many symptoms of the two disorders can overlap, and some lucky sons of guns (Hi. Me.) can even have both.

Now we come to some important questions, what is PCOS, what causes PCOS and what to do about it?

There are two roads to go down, the western medical road that may help to mask all your symptoms but may not and can also potentially cause a whole boat load of new problems. Or you could follow the holistic path to healing.  Both are valid and have their place, quite honestly you need to choose the path you feel confident in because a huge part of healing any disease begins in the mind.  Still, even if you chose the western medicine path I highly suggest doing so in conjunction with a holistic mindset.

After all of my negative experiences with western medicine I have chosen to focus mainly on healing holistically and am loving taking a path that focuses on real, sustainable full body health.  To get you inspired to start your journey here is a story of a woman who’s PCOS went fully into remission through a change of lifestyle and diet alone. (Here’s another and one more for the road).  Its also worth mentioning, that with a change in diet, mindset and finding the right doctor, I am now well on the way to healing my own symptoms of pcos, and with a little work you can be too.

If you are dealing with a PCOS diagnosis, in moments where you are feeling hopeless, like a prisoner in your own body, take a few deep breaths and repeat this mantra three times;  My body is STRONG, my body is BEAUTIFUL, my body has been HEALED, my body is WHOLE.  Every word of that is true and everything is going to be ok, the fact that you are here now proves you are already on the road to healing.